Celebrating a Decade of The Event Impact Calculator

Previous
Celebrating a Decade of The Event Impact Calculator

“Jason, please meet Adam Sacks, Managing Director of Tourism Economics, An Oxford Economics Company.  We are presently in discussion with Adam for a standard economic impact model for the DMO industry.” 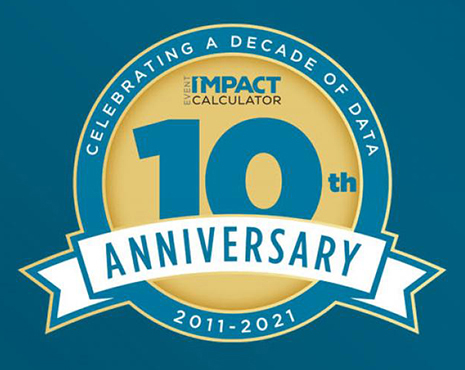 “DMAI Economic Impact Calculator has been tested and I declare it ready to be used by task force members”.

In the decade that followed, the Event Impact Calculator (EIC) has become one of the most successful products that Digital Mettle has ever developed.  EIC has been used by 300 destinations over half a million times to measure the value of events for their cities. Destinations International (formally DMAI) is celebrating this milestone anniversary and examining its history and sharing their insights.

To learn more about the EIC, please visit the EIC home page and this blog post detailing its importance to our hometown of Raleigh.

Digital Mettle is very proud of our long partnership with both Destinations International and Tourism Economics.  After completing the initial web application development, we expanded the EIC’s reach by providing API access and assisting the top industry CRMs in their integrations.  We have provided continuous support and improvement for the entire decade including several major enhancements to allow for new event types and international markets.  These new modules have continued to expand the EIC’s ubiquity for the destination marketing industry.